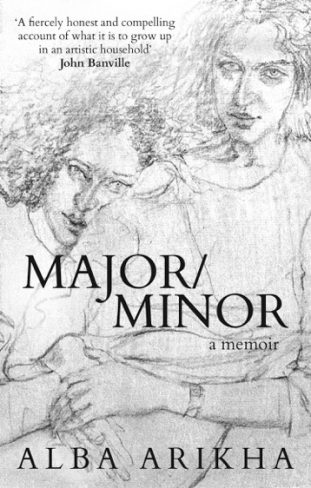 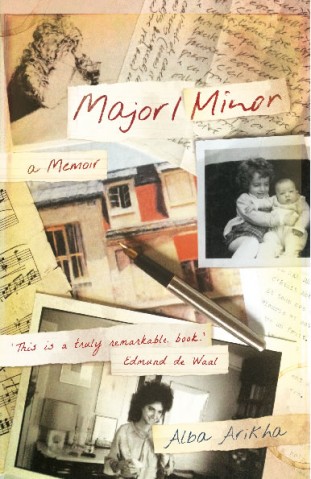 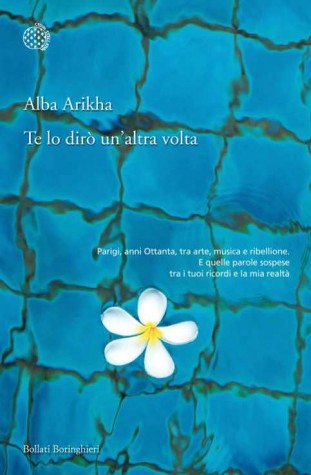 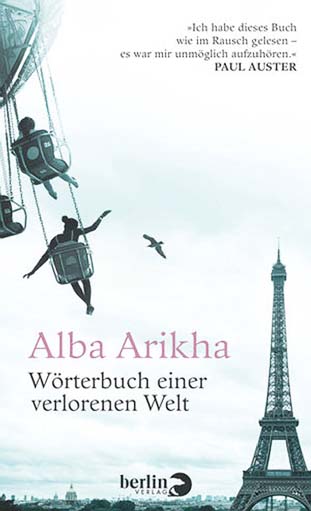 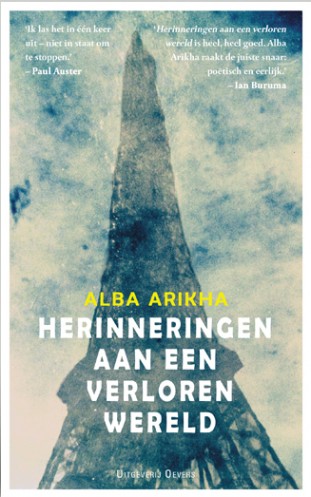 A vivid and haunting coming-of-age memoir set in Paris in the 1980s. The apartment, where Alba and her sister grew up, was a hub of literary and artistic achievement, which still reverberates today. Alba’s tale is played out against the family memories of war and exile and the ever-present echoes of the European holocaust.

This is a fiercely honest and compelling account of what it is to grow up in an artistic household, and of the joys and miseries involved in the forging of an independent spirit.

An unusually affecting book about the rage and rebellion of a stormy adolescence. Written in terse, pointillistic sentences - as if each sentence were a dab of paint - the accumulation of these tiny strokes creates a rich, fully realised portrait of a young woman's inner life. I read it straight through in a single sitting - unable to stop.

This is a truly remarkable book. It crosses generations and places, always attentive to the way in which stories are passed on.  It is extraordinary and heartbreaking.

Teen angst, the Holocaust and being Beckett’s goddaughter intertwine in this revelatory family memoir full review

An excellent memoir in all sorts of ways full review

In Major/Minor, Alba tells the story of her adolescence, from 11 to 17, in a series of brief paragraphs, some single sentence, all in the moment, without later retrospect, mostly in the present tense. It's a history of rebellion ... full review

Major/Minor is very, very good. In less gifted hands, it could easily have become the kind of mawkishly confessional writing that makes one squirm. Alba Arikha got it just right: poetic and honest.  Difficult to pull off.

Alba Arikha evokes her peripatetic and rebellious girlhood with a tactile sensitivity and poetic flair. Stretching  from France to Israel to America and into the world of art and imagination, her childhood,  as daughter to a well-known artist father and poet mother, is also freighted by history. Samuel Beckett and Henri Cartier Bresson are family regulars. So, too, are the war-time ghosts in Nazi or Communist garb that trail her father's views and moods.  Memoir here becomes sister to the best rite- of-passage fiction.

The ability to let prose ease into poetry, as Arikha does here, is rare. full review

Alba Arikha has written a wonderfully atmospheric book. The story is a thrilling one -think Schindler's List but with extra twists and turns. On the one hand we are in Paris of the early eighties - riverside cafés, The Clash and first kisses. On the other, we are in Eastern Europe in 1944, a place of trauma of the sort that takes generations to heal. full review

Anyone who's ever had a tantrum will recognise the helpless rage that comes with being 13, and her family's wartime experiences give Arikha's sparse prose a haunting melancholy. full review

I read the extraordinary book Major/Minor yesterday afternoon in one great greedy gulp. I think it’s a masterpiece and the best thing about disturbed adolescence since The Catcher in the Rye: spare, poetic, moving.

Major/Minor is a giant of a memoir. Written with extraordinary grace, and weaving her words seamlessly through cities, languages and time, Alba Arikha translates the joys and sufferings that are art and love, the frailty of family life and the painful conditions of memory and belonging.

A courageous, poetic and beautiful book. Alba Arikha manages to grow and triumph, with the reader urging her on every step of the way.

A very moving memoir about a long-legged, frizzy-haired, acne-prone teenager coming of age in Paris and Jerusalem, Alba Arikha deftly blends the story of her lipstick and miniskirt obsessed earlier self with the dramatic and deeply inspiring narrative of her family's history.

The title, with its musical connotations, is felt through the prose, which changes key, sometimes aggressively major, sometimes sadly minor as the author struggles to come to terms with her family’s past and her own present. full review

...Its sparse, wilfully elliptical style gradually coalescing into an intimate, candid – and at times very raw – portrait of the relationship between a father and a daughter. full review

The brevity of Alba Arikha's memoir belies its depth and breadth. It is a moving story of a young woman's coming of age and her father's struggle to overcome his horrific early experiences. Like Beckett, Alba makes every word count. full review

Arikha has a deadpan turn of phrase that captures the intensity of her youth. Her book includes lots of observations that are seemingly unconnected but piercingly perceptive. full review

“Major/Minor” distinguishes itself by way of two factors: its emotional literacy, and the lyrical fluency of Alba Arikha’s writing. Her story is not camouflaged by sentimentality. Still, the awareness that what she writes is her story and hers alone is never lost full review

In 'Major/Minor', the terseness of Alba Arikha's  lines sounds like debate or gunfire. It’s not metaphoric, it’s live. full review

Beginning with something that I missed last year, but am now immersed in, I'd like to direct the attention of the equally unobservant to Alba Arikha's memoir,Major/Minor, published by Quartet. The book has received strong reviews in the press, and explores the impact of famous and talented adults, and tragic historical events, on Arikha's teenage self.

I admire this graduation through these early teenage years, which relies on a lot of memory and organisation and tremendous selection in what to use, which never once fails.  Most of all, beyond technical questions, the juxtaposition of female adolescence/self-consciousness/almost ruthless clear-sightedness about the war is absolutely refreshing because we get these extraordinary and painful bits of family history almost in spite of Arikha's younger self, and they give perspective on the inner lives of all the characters as they were living at the time in Paris, so that the holocaust is both everything and not everything. Major/Minor is a flawless work and it has been an inspiration.

What a large-hearted, clear-minded book. In this era of vulgar self-revelations, it wonderfully describes the inner life of a girl, and at the same time with extraordinary detachment—portrays a family and a family history, wracked between countries and across wars. I think the greatest achievement is the tone: neither nostalgic nor self-pitying in the depictions of youthful angst, and level and sober in the narration of the horrors of the family's suffering in the camps. A remarkable memoir.