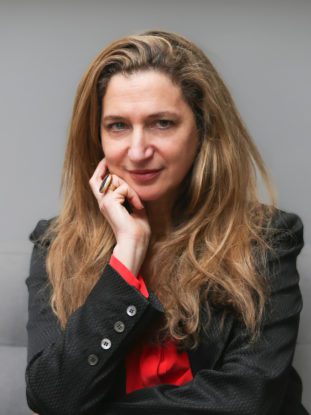 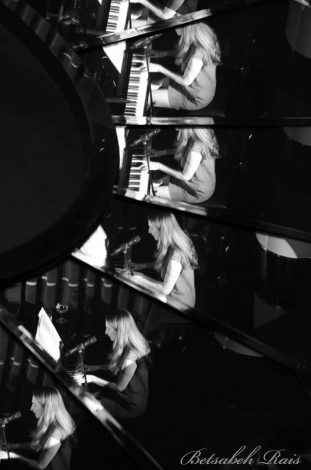 Alba Arikha was born and raised in Paris, in an artistic household. Her father was the painter Avigdor Arikha, her mother is the poet Anne Atik. She studied the piano for many years before turning to writing. She completed her BA in comparative literature between the US and Paris, which also included a stint in film scoring, at the Ecole Normale de Musique.

She has written five books, and been translated into seven languages. Her first novel Muse, was published under the name Alba Branca by Macmillan in 1999, and completed after studying for an MFA at Columbia University. A collection of short stories, ‘Walking on Ice,’ (Pan books) followed, in 2000. Stories from that collection were published in Open City magazine. One of them, The Yellow Slippers, is part of the 2011 anthology ‘Stories from 20 years of Open City.’

Various of her other stories and articles have appeared in the TLS, the London Magazine, Tatler magazine, Tortoise Media, the Journal of Art and the Indian Quarterly, among others. Alba’s translations have appeared in the New Republic and the Other Press. She was also involved in the translation of the French bestseller, ‘Indignez vous!’ by Stephane Hessel, published by Charles Glass books, and was a contributor to Spear’s magazine.

Alba’s memoir, Major/Minor, was published by Quartet Books, in 2011. It was shortlisted for the 2012 Spear’s Awards, and has been selected among the Best Books of 2012 in the New Yorker. The paperback version became available in 2017.

She has collaborated on two operas with her husband, composer Tom Smail. The first one was performed in August 2013, at the Riverside Studios, in London. The narrative poem on which it is based, ‘Soon,’ was published by CB editions in September 2013. The second one, a work-in-progress, ‘Blue Electric,’ based on her memoir, was performed in August 2018 at the Tête-à-Tête opera festival at RADA, and was directed by Academy Award director Hugh Hudson. The full production was directed by Orpha Phelan and performed at the Playground Theatre in October 2020.

Her new novel, ‘Where to find me,’ was published by Alma Books in 2018 and long listed for the 2020 Wingate Prize.

Alba is also a singer/songwriter and has performed in Paris and London. She has recorded two CD’s of songs, ‘Si j’ai aimé’ and ‘Dans les rues de Paris.’ She is currently working on a third one, ‘Et tout ça.’

Alba is a member of the Writers’ Guild of Great Britain and the Society of Authors, and was a 2013 fellow at the Santa Maddalena Foundation. She has been a regular contributor to Radio 4, and was included in Pick of the Week. Since 2012, she has been teaching creative writing for various institutions such as the Royal Academy of Art and Guardian masterclasses, where she taught classes on short fiction. In Spring 2017 she was Adjunct Assistant Professor at Columbia University, where she taught a masterclass in non-fiction. In 2019, she was visiting lecturer at the University of Hertfordshire, where she taught non fiction.

Alba is represented by Annabel Merullo, at the Peters Fraser + Dunlop agency.